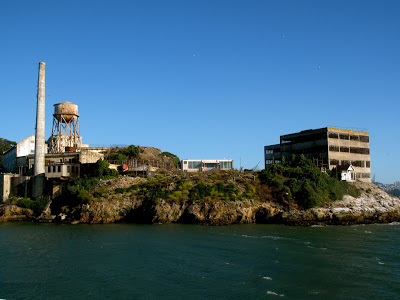 One of the coolest things we did in San Francisco was take the night tour of Alcatraz, the infamous prison that lies on an island about a mile off shore. The boat ride to the island had beautiful views of the city and bridges, but you definitely felt the water. Between the wind & the water from the ocean and bay meeting it was no smooth ride. It amazed me that prisoners actually tried to ESCAPE from the island and swim to shore!! There is no record of anyone who actually escaped successfully but 5 prisoners went missing and either there bodies are on the bottom of the bay or they are alive and well. Alcatraz was a working prison until the 1970s and not only did the prisoners live there but the guards & their families lived there too!! Could you imagine growing up on an island that houses 200 inmates.

I highly recommend the tour of Alcatraz if you are planning a trip to San Fran in the future. 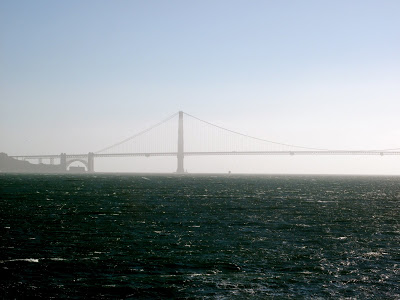 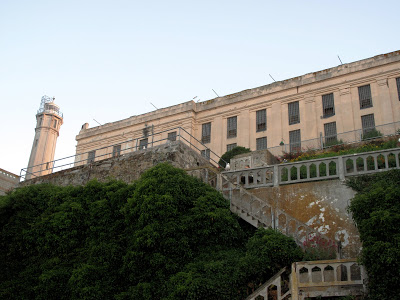 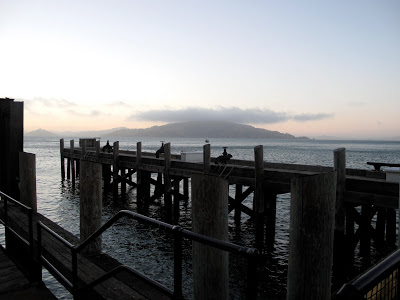 In love with this picture. 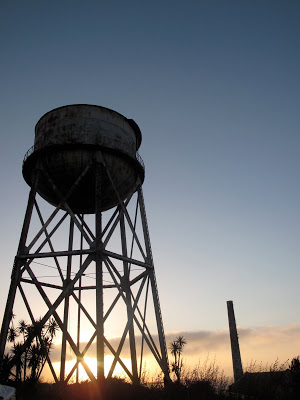 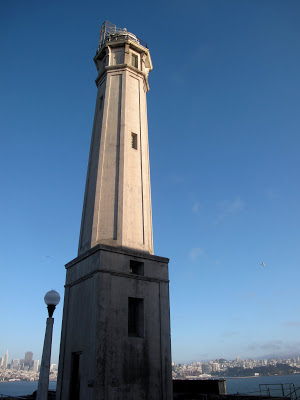