It’s no secret that I’m just a tad bit Halloween obsessed and for the past 5 or so years I’ve gone the “funny” and “punny” route when it comes to Halloween costumes – think Miss Universe, Troop Beverly Hills, the Sanderson Sisters, Ghostbusters – I can go on and go. And those are still some of my favorite Halloween costume ideas and probably why more than half of you found me in the first place. But this year I drew inspiration from my Freddy Krueger costume a few years ago and decided to go the Iconic Halloween movie costumes route and keep all my new 2021 Halloween content SCARY!!!

Aside from dressing up for Halloween, my second favorite part of the season has got to be watching Halloween movies. So I decided it was about time that I recreated some of them!

And while I have a giant list of favorite Halloween movies including Practical Magic & Beetlejuice (check out my whole list here) I picked 5 of my favorites and brought them to life this year.

You can’t have an Iconic Halloween Movie costumes list has NOT include Carrie. Not going to lie, Carrie scared the absolute shit out of me when I was younger. So obviously that means it was on the top of my list of scary Halloween movies to pay tribute to this year.

I actually got the idea to dress up as Carrie when Simone, Tiffany and Tracy were in Boston this past Summer. And I was joking about how my hands looked like a scene right out of Carrie when I cracked open one of the lobster dishes we had and Simone said she hadn’t seen the movie. Obviously I tortured her for a few minutes about it and then tucked the idea away until October bought all the fake blood I could find to dress up like her.

Scream is trending this year given the new Scream movie coming out in 2022. So I thought it would be funny to pay homage to the original, more specifically the first scene of the first Scream and Drew Barrymore’s iconic character.

Honestly when I thought about doing this costume #1 I didn’t realize it would be quite so popular. But it seems like everyone had the idea, which doesn’t make it any less epic or amazing. And #2 I didn’t expect it to get such a great response from everyone that saw it. But you all clearly love a Scream moment as much as me.

The best part is that this is an awesome solo costume, but also a great couple or duo costume. And your partner can dress up as Ghostface. And it’s literally the easiest costume ever – an epic last-minute costume if you needed one.

Who else spent WAY too many sleepovers in middle school watching all the Child’s Play movies and then making sure you weren’t sleeping on an end or near a door?! I did and then always got stuck near the sliding glass door not sleeping a wink.

Chucky is an iconic Halloween movie villain and everyone needs to dress up as the bad guy once or twice in their lifetime. Megan and I actually dressed up as Chucky and the Bride of Chucky 6 years ago. And it still is actually one of our most popular costumes to date. Halloween, but since there’s a new Chucky TV show out this year I figured it was time to bring it back!

The OG Ultimate Girl Gang Halloween costume has GOT to be the witches from The Craft! I’ve actually wanted to dress up as them for years. But once we started planning this year’s costumes we knew we could finally do it justice.

Not going to lie the Catholic school girl uniforms definitely triggered a little PTSD. But it was all worth it for this epic shot.

Ok so TECHNICALLY Heathers isn’t a “Halloween” movie per se, but it’s definitely a dark one…an iconic dark movie at that! I swear Heathers walked so that The Craft and Jawbreakers and Cruel Intentions could run!

Plus Winona Ryder, the dark movie queen herself, is the star of it! That instantly makes this Heathers costume worthy of being on this list!

Last, but certainly not least – Edward Scissorhands! I was done dressing up this year and then my mom decided to have a Halloween Party. And I knew I needed to dress up as something completely ridiculous.

Not going to lie, this was literally the hardest makeup I’ve ever done and actually washed it off and started again before achieving this final look, but it was all worth it. Just forewarning, if you’re dressing up as Johnny Depp’s epic, Edward Scissorhands give yourself some time. 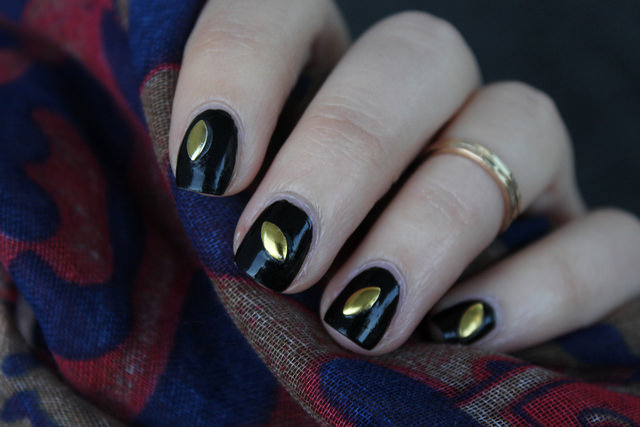 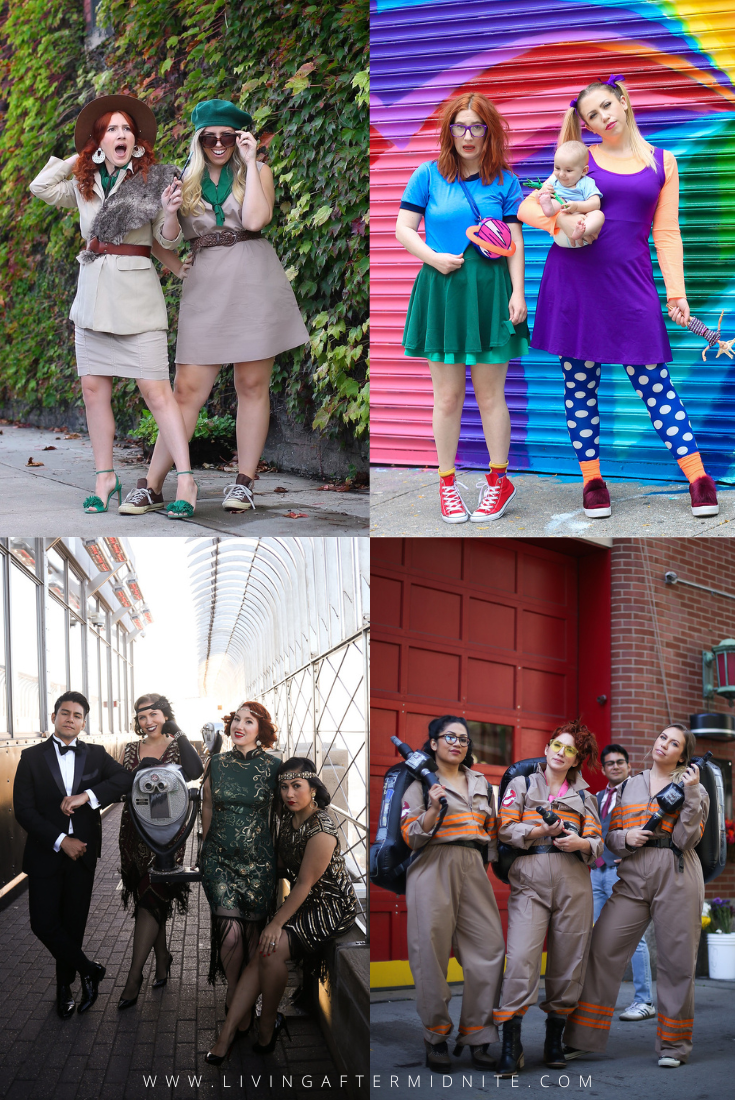 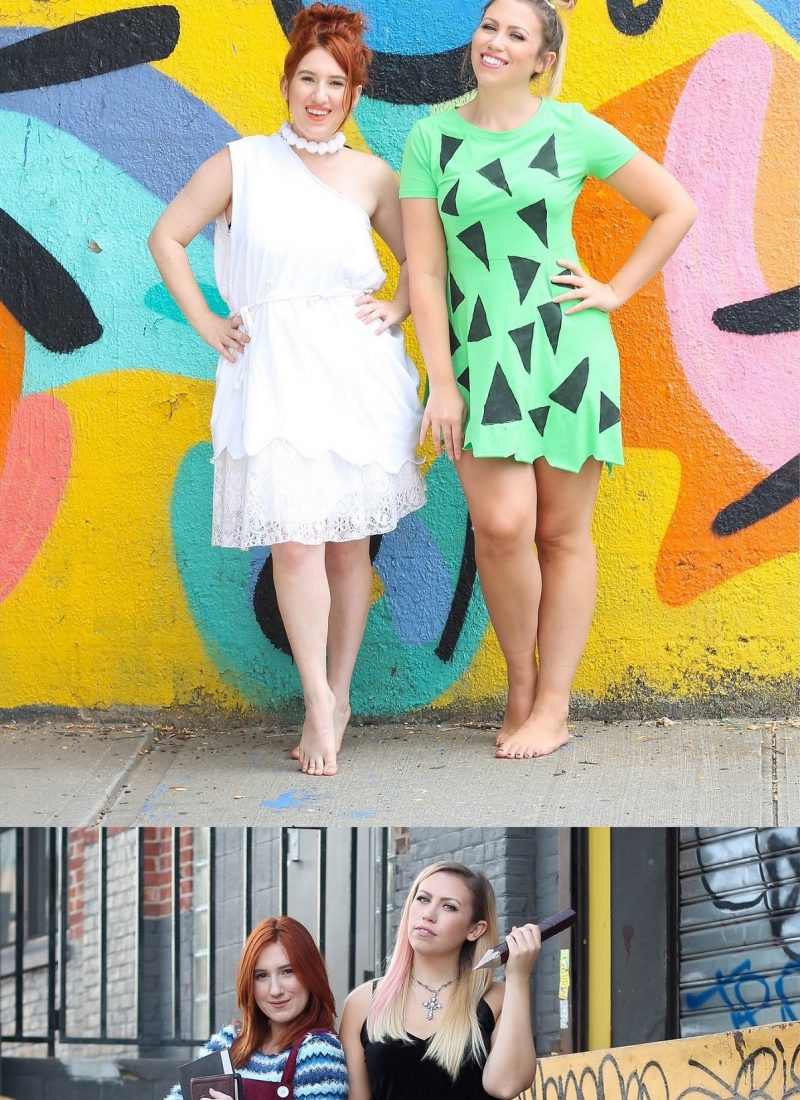 4 Affordable Halloween Costumes for You & Your Best Friend 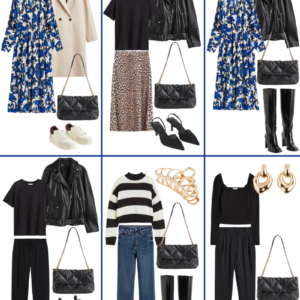